“Without the Hydrovane, we would have been forced to steer by hand, because the autopilot on its own was simply overwhelmed.”

I purchased a Hydrovane for Flinesse, our Malo 39, in the summer of 2004, with the ARC 2006 in mind. We’re now back in the Solent after a trip of 16000 miles which spanned the UK to Greece, the Atlantic ARC crossing, Caribbean cruising from Grenada to the Bahamas, followed by a return to the UK through Bermuda and the Azores on ARC Europe .

The return Atlantic legs were particularly tough because of the recent, continuous unsettled conditions. In the Atlantic we rated our Hydrovane as probably the most important bit of kit on board, especially when having to deal with winds that were above Force 5, often gusting to F8; on the last leg from the Azores to Falmouth we had these conditions the entire time and it would have been nice to have had even one day when the wind was less than 20 kts!

Without the Hydrovane, we would have been forced to steer by hand, because the autopilot on its own was simply overwhelmed. The crew were grateful from ever being forced to leave cover and sit at the wheel exposed to the strong wind and occasional torrential rain, not forgetting the spray, waves and rogue breakers. I was very pleased with the equipment.

I found it could even cope on a dead-run in gusty winds, with a quartering, destabilizing swell, if I used it alongside the electric autopilot. With this configuration, even in these conditions, our fears about an involuntary gybe disappeared. As our voyage was 15 months long, the vane cover suffered from exposure to UV; the bright scarlet faded to pink and the top of the cover split as it is under tension; out in the Atlantic, where the winds were so strong, the vane occasionally flopped onto the ensign jackstaff and eventually it suffered a tear; repair was simple using duck tape! I now need to replace the cover and to match the boat colour scheme, navy would be my preference. 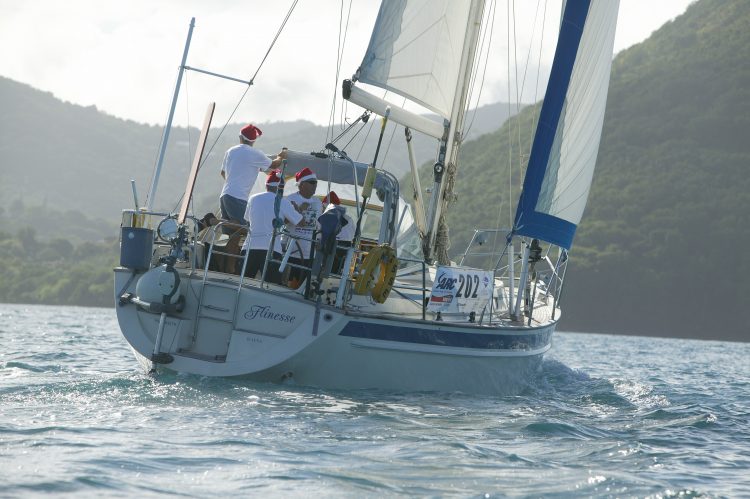