“Well some 4000nm on the hydrovane now. So I have now passed the most southern, eastern and northern parts of Australia so far.”

Well some 4000nm on the hydrovane now. So I have now passed the most southern, eastern and northern parts of Australia so far.

Now for the hop across to Indonesia and then around those parts for a while.

The Hydrovane has certainly made me “balance” the yacht a lot better to the point where I can sail a rhum line with minimal tweaks on the sails to keep her on course.

Weaving through the Gt Barrier Reef was an interesting exercise with one encounter while crossing a shipping lanes at a headland to find a Panamax overtaking a bulk carrier.

So an aquatic version of John Candy dresses as the devil laughing maniacally as per Planes Trains and automobiles while both ships passed me either side. Ahhh the joys of playing chicken with over a hundred thousand tons of shipping coming right at you doing 18 knots in an 8 ton yacht. Even more so when constrained by land and reefs. Who said sailing was dull?

The passing through the Gugari Rip (Hole in tbe Wall) was yet another highlight as was the Wessal islands.

While never anchoring for more than three days at any one spot due to crocodiles.

So absolutely no swimming as those things scare me more than sharks.

Many more adventures to be had around Asia in the coming months.

Picture one exiting the Rip. I went through at low tide it was tight at it’s narrowest.

Picture two, Stinky keeping a watch on an island just in case. 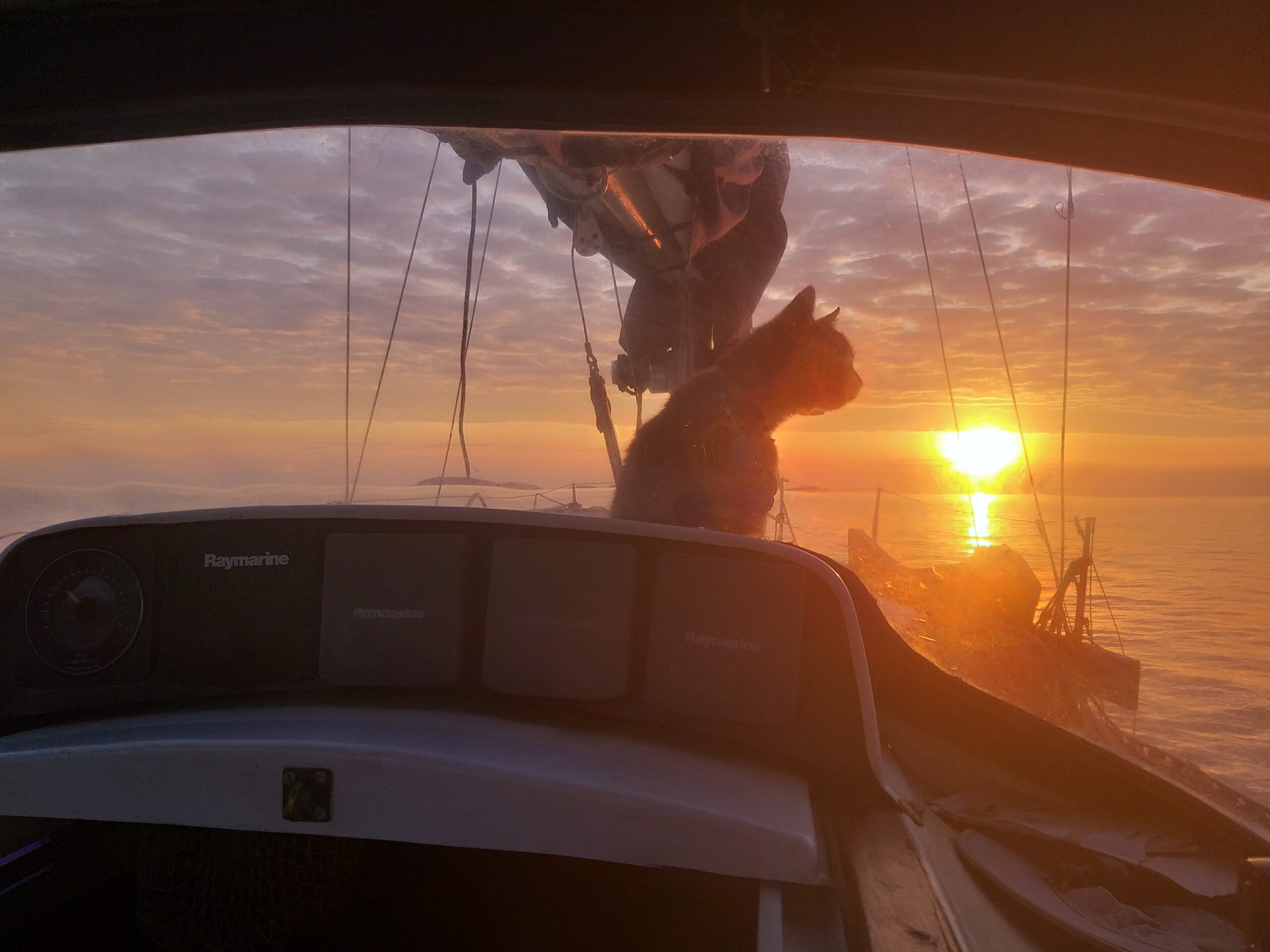